ADHD and our experience ADHD and how we coped with it

Definition: Attention deficit hyperactivity disorder (ADHD) is a condition that affects people’s behaviour. People with ADHD can seem restless, may have trouble concentrating and may act on impulse.

We didn’t know what that term meant until our oldest son was about three and a half years old. We always thought he was just a busy boy in general. So when we went to visit friends or family they would always say, “wow your boy is so busy!”. It was very tiring at times because he struggled to sleep and I had to lay in bed with him until he fell asleep. Sometimes after I went to my bed an hour later he would come looking for me and then I had to go back and lay with him again. Little did we know that he was suffering from ADHD and it was something he couldn’t control.

He went to a kindergarten at the time and I used to speak to the principal and she recommended I take him to a paediatrician for a check up.

I went and we had some blood tests done to screen him for allergies, amongst others. After the tests came back, we found that he was allergic to numerous things like pollen, peanut butter, dust, and fish, to mention a few. The paediatrician then suggested that we, together with an occupational therapist, put him on an elimination diet. We had to eliminate sugar, colorants, flavourings and preservatives. We were gluten free for almost 2 years. It really went well and he adapted quickly to the new eating habits.

This made me realize our children are much stronger and resilient than we think. When he was about 5 years old, we changed schools and we also then decided to let him eat normal food again. We still had some rules regarding not eating sweets after 4pm, no sugary drinks etc. We as parents felt that he will outgrow the ADHD as he gets older but when he got to grade 2 the teacher called us in and told us that our son is disrupting the class. He is fidgety and can’t sit still. He struggles to concentrate, etc. I really battled with the feeling that maybe I did something wrong while I was pregnant, and that I was the reason my son had ADHD.

We always want what’s best for our children and would do anything we can to help them and try to make life easier for them. We went to see someone in Walvis Bay who then referred us to see a psychiatrist in Windhoek.

She did some tests on Ayden and then made the diagnosis that he had ADHD. He is currently on 15mg Ritalin daily during the school week to help him concentrate, and on weekends he doesn’t use it at all.

The meds really affect his eating habits. They make him nauseous, anxious and emotional. And these are just a few symptoms.

My advice would be, if you see your child struggle with concentration, please take him or her to a paediatrician. Maybe they just need a change in their diet or make a small adjustment which can potentially make a big change. It was a week before Christmas, we just had Sunday lunch with our friends and we decided to go to Woolies to get... Motherhood then and now

Motherhood I would say Back then was difficult. If I hear what my mom and mother in law had to do when they became... 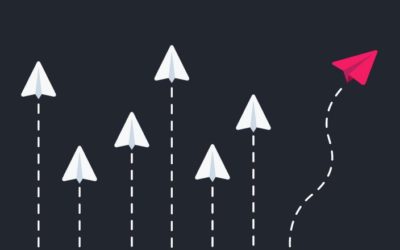 How I treat my kids as individuals

When I look at my 2 boys, I can immediately see they are not alike. Despite the fact that they look different, they...

← Prev: Why is car insurance important? Next: Easy bread recipe →